Phyllis Calvert, Flora Robson, Patricia Roc and Renee Houston star in this WWII drama set in a women’s internment camp in Nazi-occupied France. Forced to live together in trying circumstances, a group of British women from varied backgrounds must put their social differences aside and band together to protect not just themselves, but three survivors from a
British bomber plane who make an emergency landing nearby. The women devise a plan to enable the men to escape during a concert they will put on, but can they evade the Nazi spy they believe has been planted among them and is the hotel owner a collaborator or will he help them? 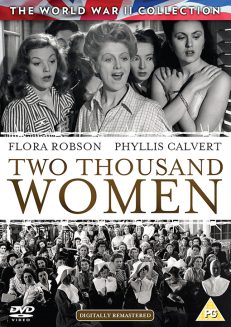 You're viewing: Two Thousand Women on DVD £10.00
Add to cart